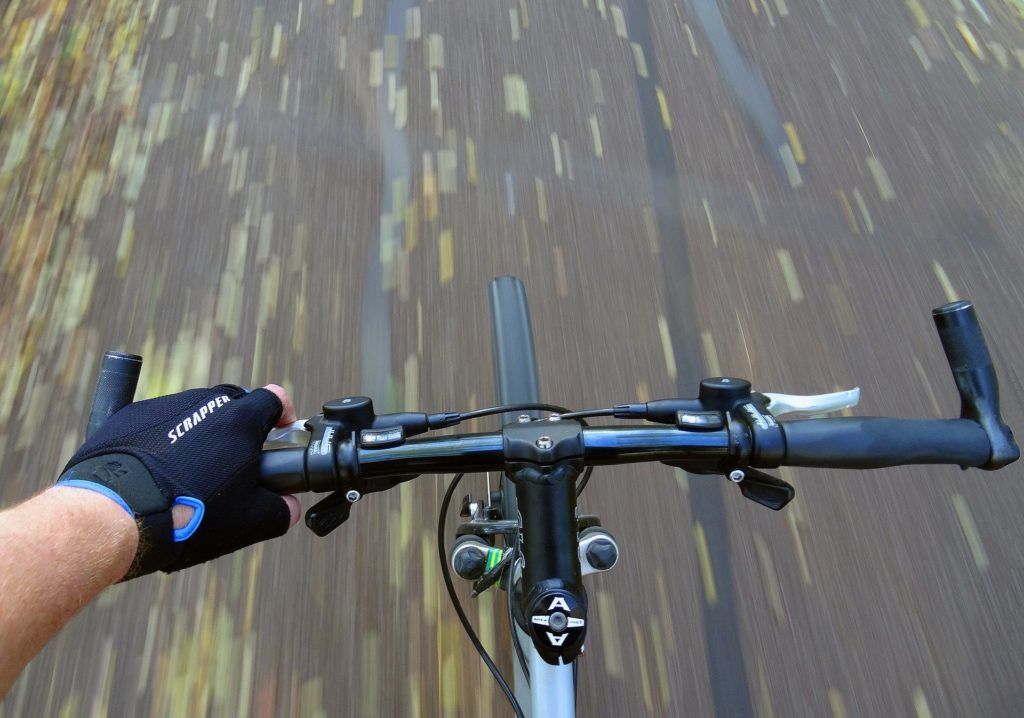 Read also our technical guides on the subject of handlebars:

Bicycle handlebars come in completely different shapes. Just think of the difference between straight flat bar handlebars and road bike handlebars or bullhorn handlebars. But even within these broad categories, there are more subtle differences. At first glance, it’s difficult to get an overview when browsing different handlebars. After all, everything looks the same. If you are at least in the bike store on the road, you can at least touch and try, but from this, you also do not really get smart.

Therefore, we would first like to clarify some basic terms here. After all, all avenues are open to the handlebar manufacturers – the bicycle handlebars can go up, down, front, or back. The exact degrees of angle is always different. So here’s a list of common terms in bicycle handlebars. For straight handlebars, you’ll mainly find crank, rise, and upsweep. For road handlebars, it’s more about drop and reaches.

Cranking: Cranking or backsweep refers to the bend to the rear. Most handlebars have a crank angle of at least 5 degrees because this brings a more relaxed, ergonomic posture. The degree angle of the cranking has a significant influence on the posture. Handlebars with a very strong backsweep angle are sometimes called comfort handlebars.

Riser: A riser handlebar increases the handlebar height due to its shape. This gives you a more upright riding position, but it puts more weight on your buttocks. Most MTB handlebars have a rise of at least 20mm, but also comfort handlebars for city and trekking bikes usually have a high rise. For such handlebars, the rise is usually specified in mm – sometimes also referred to as height.

Flatbar: Flatbar again refers to the counterpart to the riser. Here, the handlebar does not increase the handlebar height but is built flatter, which leads to a sportier, more stooped posture. Sometimes you can also find intermediate categories such as “Mini Rise” or “Lowriser”, which have a low Rise.

Drop: Drop refers to the distance between the upper link and lower link on-road bike handlebars. So you know how deep the lower link goes. So drop is practically the opposite of the rise of the riser handlebars. The deeper the drop, the more stooped you sit on the bike – but this is also influenced by saddle height. Drop is specified in mm.

Flatbar, Riser Or With Upsweep?

With straight handlebars, the choice is between flat bar, riser or with upsweep, or a combination of factors. Riser and upsweep handlebars provide a more upright posture, while flat bars without an upsweep angle put the rider in a lower, sportier position. When it comes to the question of what makes more sense, you have to try it yourself. It depends on the individual wrist – some riders get wrist pain after riding for a long time with one form or the other. It’s best to check whether there is a bike fitting option in a local bike shop. As a rule, however, most riders rely on the kind of handlebars they’ve always ridden without problems.

Some fixie designers, on the other hand, install completely straight handlebars that do not tilt backward or upward. So such a handlebar simply looks like a tube on which you mount grips or handlebar tape. This brings a unique, Ikea-like look, but the ergonomics leave something to be desired. Whether you do not cramp in the long run here, everyone must see for themselves.

A rule of thumb is: handlebar width should correspond to shoulder width. That’s why many manufacturers of ergonomic bike parts also offer handlebars in different sizes. A handlebar that is too narrow causes neck tension. That’s why you shouldn’t touch the top of the handlebars on racing bikes for long periods of time since the arms are usually aligned more inward here.

For a while in vogue, but now rarely seen again. Nevertheless, a class of its own, the bullhorn handlebar offers a compromise between road bike handlebar and flat bar. Like two bullhorns, the bullhorn handlebar has only one bulge forward instead of the typical road bike bulge forward and down. So you effectively only have the reach and not the drop. For efficiency-oriented fixies, this makes sense if the rider only wants the widest handlebar position.

An alternative to the bullhorn can be found in barends – these are either bike grips with camber to the front, or on the other hand handlebar attachments that you additionally mount on the handlebar to get the camber to the front. Read more in our article: Bicycle grips.

Overview Of Comfort And MTB Handlebars

The comparison table could not be output.

Here’s an overview of bicycle handlebars with the typical road bike shape or a similar curvature. For us, this also includes track bike and bullhorn handlebars, although these handlebars are currently probably more likely to be found on fixies. These handlebars are often available in different widths, which can vary between 38cm and 44cm.

In the Bullhorn handlebar, the Reach value indicates the length of the ends – “All Reach, no Drop”.

How Much Does a Bicycle Handlebar Cost?

A simple bicycle handlebar costs between 10 and 20€. If it should be an MTB handlebar with a riser shape or a handlebar with another special shape, you can already come up to 50€. All this, of course, is only for aluminum handlebars – for carbon handlebars, you move in the triple-digit range. Carbon is much lighter than aluminum, which is why the pros ride completely carbon.

If you have problems with stiffened hand posture, an ergonomic bicycle handlebar is recommended. For more information on this, see our post on bicycle grips.

Which Bicycle Handlebar for Back Problems?

For back-friendly riding, the right sitting posture is the be-all and end-all. Many people make the mistake of setting the handlebars too high and sitting too upright and straight. This puts a strain on the lower back. You should always have at least a 15° body angle. More is, of course, even more athletic – but that requires trained back muscles. The handlebars play a decisive role in posture. Most handlebars have an individual height – but on the other hand, you can always adjust the handlebar height to get the right posture. If you’re unsure, keep an eye out for local providers of custom bike fittings.
What is always recommended for back problems, however, is a handlebar with cranking, i.e. with an inclination to the rear. This gives you a more natural posture when riding. That’s why comfort handlebars with a strong crank angle are recommended.

The question of how high you should set the handlebars is not so easy to answer. The best way is to find out for yourself which handlebar height is best for you. But the handlebars should be at about saddle height or even a little lower. A higher handlebar leads to an upright sitting position, which may seem more comfortable at first, but it puts more strain on the buttocks. The more horizontal the seating position, the more the rider’s weight rests on the arms, which is more advisable. If you want to get it exactly right, you can look for a bike fitting provider in your city.

How do you Adjust Bicycle Handlebars?

In most cases, all you need is a size 6 Allen wrench to open the stem’s Allen screw clockwise. This screw may be protected by a plastic cover that is easy to open. Simply open the Allen screw and the stem can be moved up or down.